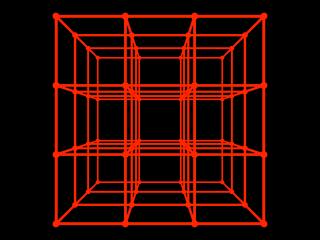 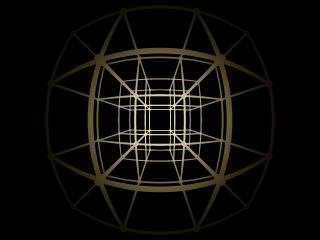 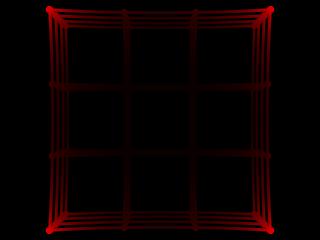 The simulated images shown above are in color, but these colors are not realistic. In fact, color and brightness of an object in fast motion would be quite different from those of the object at rest. The reason is the Doppler effect which we know well from everyday experience: The siren of a police car has a higher pitch when the car approaches than when it moves away. In principle, the same happens in the case of light: When an object approaches, we receive its radiation shifted towards smaller wavelengths. At the same time, the spectum as a whole is scaled with an amplification factor (see [ 5] for an elementary derivation of this effect). Conversely, radiation from a receding objects reaches us with longer wavelengths and an overall reduced intensity. The fast motion of an object, therefore, shifts a different part of the spectrum – infrared or ultraviolet – into the visible range.

A realistic simulation of the lattice of Fig.  9 is shown in Fig. 11. Here, the lattice has a temperature of 1000 degrees Celsius and emits thermal radiation. The lattice at rest looks dark red like red-hot metal. When the spectrum is thermal, the result of the Doppler and searchlight effects can be described in simple terms: The resulting spectrum is again a thermal spectrum, but at a higher or lower temperature. When the lattice approaches at 90% of the speed of light (Fig. 11b), the temperature is much higher. It is highest in the center of the image: At 5600 Kelvin, it appears as bright as the sun! Towards the side, the apparent temperature drops quickly, so that the outer parts are much less bright and in fact barely visible. When the lattice moves away, its temperature appears lower with its lowest values in the center of image: 20 degrees Celsius. We receive thermal radiation of an object at room temperature, this is invisible to the naked eye.